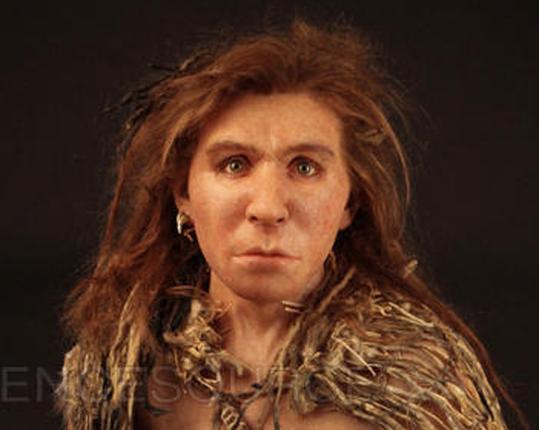 Volcanos were spewing lava and ash as Eve decided to leave her homeland. Her family meant nothing to her now. My mother hates me. She curses me daily for driving my father to other camps where available females welcome him. Why it was my fault, I’ll never know.

Eve ran from the only life she knew west to where, she did not know. She just kept running until the volcanic mountains were a distant glow behind her. She could hear a far-off roar like thunder from a distant storm; but the real storm, her mother, was far behind. Eve settled into a nearby cave for the night. Plants she recognized grew along the riverbank, which provided sustenance. Sleep came easily to her after the long run of the day. She was too tired to form a plan. I’ll leave that for tomorrow, she thought as she drifted off to sleep.

Morning seemed to come early for Eve as the sunbeams slid into the cave opening. Is this a day to keep running or should I develop a plan? Probably best to make a decision as to where I should go. The river seems to be getting larger so it must be heading for a larger river or a bay of some kind. There is plenty of food on this bank and caves seem to be plentiful. I think I’ll follow the river for a few more suns and see what I find. Eve was not afraid of being alone. She’d spent much of her childhood alone, exploring the mountains of her home. Though this was not similar to those mountains, she knew most of the plant life that would give her energy and keep her alive.

After a swim in the river, a morning meal of plants and dates from a nearby date palm, she continued her trek, a trek that would last several more uneventful suns. Finally, the river she had been following led to another, large river. Eve could tell it was a large river by the ridged riverbank. It was large, at least during part of the year; now, it was just an oversized stream, not much larger than the one she’d been following. Yet on the other side were lush green trees and bushes along with grasses, vines and blooming flowers of yellows, blues, pinks and white. Such a bountiful island of life she had never seen. This was going to be her home. Eve was not aware this was the Valley of Eden, not yet anyway.

She crossed this new river on foot, just mid-calf at its deepest. The green Valley with its soft grass under foot and the bushes with berries and trees with nuts, figs and palms with dates were all a welcome sight. She had run and walked far enough to know her homeland was a distant memory. She’d seen fur covered hominids on her way here but they seemed to ignore her, or, at least, were not threatening. So far, she thought this could be a place to call home, at least for now.

She continued to walk and explore. By late afternoon, she found a cave with a wide, open mouth. She explored the inner parts of the cave, found no evidence of other animals or hominids. This would make a good shelter. There’s a hidden place in the back to sleep and plenty of fruits, berries and leaves to eat. I can use some of the leaves to weave a sleeping mat and some baskets.